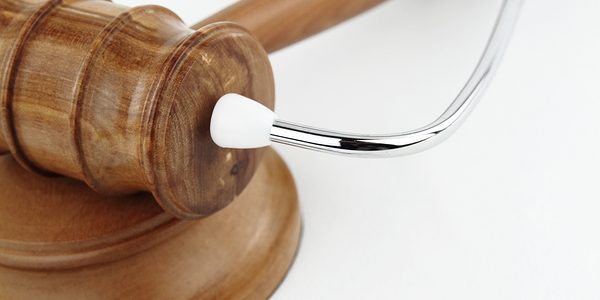 After 10 years of uncertainty, close to three weeks of trial and 10 hours of deliberations, a family received the news they had been longing to hear.

“Do you find the doctor’s negligence was the proximate result of the injury to plaintiff’,” said the judge. “The answer is yes, signed by all eight jurors.”

The jury awarded $13.9 million to the 10-year-old girl and her parents. It’s the largest settlement in a malpractice case in the county’s history.

The family maintained that the doctor did not perform a cesarean section during their daughter’s birth. The girl was later diagnosed with cerebral palsy. Attorneys representing the family said a cesarean section could have prevented the condition. The doctor’s attorneys argued their client did nothing wrong.

Neither the doctor nor her attorneys would discuss the case after the verdict was read. They would not say if they are considering an appeal.

Several of the jurors immediately went to the girl and her parents, hugging them and saying they were glad the case is over. One juror said they took their time in going over all the evidence, but in the end they felt the doctor erred in not performing a cesarean section.

The mother and her husband said they will now have the money to take care of their daughter, who will be in a wheelchair for the rest of her life.

“It means our daughter is going to have a good future,” said the mother. “It means we don’t have to worry about her future now. We are with her 24/7. She cannot eat or drink without us. She depends on us for everything.”

The family said their daughter cannot sit on her own, and they need to provide her 24-hour care.

“It has been years of a struggle,” said the attorney. “It is a very complex case, and the presentations were wonderful, and I am very happy to be a part of it.”

Insurance regulators say the market is ripe for companies wanting to write medical malpractice products in the state.

The Office of Insurance Regulation reported Monday that a sign of the strong marketplace was reflected by the entry of several new companies into the  state last year to write medical malpractice insurance.

OIR said medical malpractice insurance companies have enjoyed profitability for six consecutive years and that the average return on surplus for them  was 6.6 percent.

Insurance Commissioner said the stability of the state’s medical malpractice market is good news for doctors and hospitals, and possibly patients if lower rates result in cost savings.