How many dog bites occur annually?

Dogs bite about 4.5 million people every year and almost one fifth (about 800,000) of those people require medical attention. Thousands of people undergo plastic surgery every year because of dog bites.

Are certain people more at risk than others? 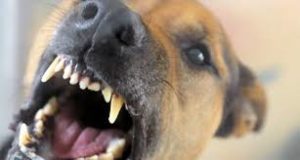 How can I prevent a dog bite?

When approached by an unfamiliar dog, remain as still as possible (“like a tree”)
If you are knocked down by a dog, roll into a ball and lie still. Cover your head and neck with your hands and protect your face.
Do not allow children to play with a dog without adult supervision
Do not disturb a dog that is eating, sleeping or caring for its puppies
When you want to pet a dog, allow it to see and sniff you first

What causes dogs to bite?

A number of factors cause increased aggression in dogs which, in turn, increase the risk of dogs biting or attacking someone. These factors include:

What is leash law?

Most communities in the United States have laws that require a dog to be on a leash at all times except when confined in a home. A dog may also be kept without a leash in a yard so long as the yard is fenced.

What state has the most fatal dog bites?

Texas is the nation’s leader in fatal dog attacks. It is a “first-bite” state.

If you or a family member have been bitten by a dog, call us for a free consultation.

What is medical malpractice?

When a medical professional acts negligently or acts in a manner that is contrary or deviant from acceptable standards set by the medical community and state laws, that behavior can result in serious injury or even death. This is medical malpractice. If you have been injured due to this type of behavior, you could be entitled to compensation.

,h3>Why do I need an attorney?

A medical malpractice lawyer will be able to help you with every aspect of your case. If you are not used to dealing with insurance companies, the legal system, hospitals or other areas that are involved in a medical negligence personal injury case, you will greatly benefit from the experience and knowledge of an attorney who is intimately familiar with the area.

How do I know if I have a case?

There is no cookie-cutter answer to a question like this. An attorney will have to discuss your case with you to determine whether your injury situation could make you eligible for compensation. At the our Law Office, the medical malpractice lawyers are skilled, compassionate and knowledgeable and they will be able to help you.

What do I do if my family member was killed because of medical negligence?

Depending upon your circumstances, you could be able to file a wrongful death suit against the individual whose negligence resulted in the death of your family member. It is crucial that you speak with a lawyer who can help you during this difficult time. At Our Law Office, the skilled legal team can help you through the process.

How much compensation can I expect?

Every case is unique and different. Obviously, our legal team has the ultimate goal of achieving the maximum compensation so that all of your financial and non-financial losses related to the injury are completely satisfied.

What can your Law Office help me with?
Our legal team members are seasoned veterans in handling all types of wrongful death and personal injury cases.