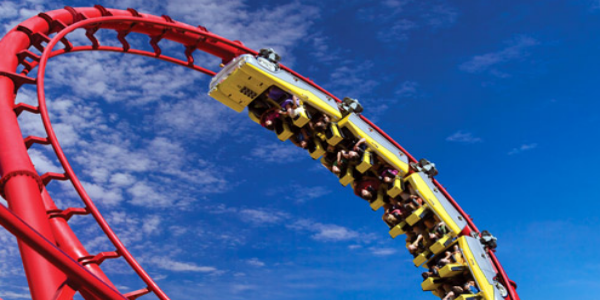 Firefighters say the ride ran off its tracks around 9:30 p.m. Saturday at a neighborhood carnival. Police say the roller coaster stood no more than three to four feet off the ground.

The seven children have been taken to a hospital. Police describe their injuries as bumps and scratches.

It’s not immediately clear how many children were on the ride or who was running the carnival.

Have you been injured due to faulty amusement park rides? 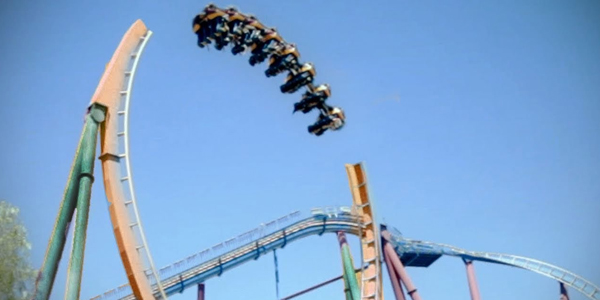 The US Consumer Product Safety Commission’s report of amusement park ride-related deaths and injuries that required emergency room treatment states that in 2002, the most recent year listed, approximately 3,000 injuries were caused by rides and approximately 2,500 injuries were caused by inflatable items such as slides and bounces. Between 1997 and 2002, there were about 5 deaths per year.

Other sources estimate that the number of injuries and deaths is much higher and may be as high as 11,000 injuries per year, and that this figure is increasing.

50.6% of all injuries occur to children, especially those between 10-14 years old (17.9%).
Females (60.8%) are injured 1.5 times more often than males (39.2%) irrespective of age and sites.
Who pays for damages? If an amusement park visitor gets injured, he/she may be entitled to monetary compensation from the park owner. The size of any compensation depends on the seriousness of the injury and on possible state rules regarding any possible fault on the part of the visitor. Guidelines for liability are set forth below, but you should always contact a personal injury lawyer in your local area if you need specific legal advice.

There are four possible bases for liability:

Negligence (lack of reasonable care): Negligence may be found if the ride was not in a safe condition, improperly maintained or inspected. Negligence may also be present if a park employee gave the visitor improper instructions, failed to provide proper warnings about the dangers of the ride, or operated the ride in such a way that the visitor was hurt. Employers are responsible for the actions of the employees, so injured visitors can sue the park owner if an employee fails to use reasonable care.

Most states have laws requiring amusement parks to take certain strict safety precautions. If a park does not do so, there will be a legal presumption that the park operated negligently, which makes it easer to prove a claim against the park.

In some states, owners and operators are not automatically insurers of the safety of park visitors. Therefore, they will only be liable when it can be proved that they acted negligently.

Product liability: Product liability may be found if a ride was so inherently dangerous that proper maintenance, inspection and use could not have prevented the injury. An injured person may sue both the manufacturer and the park, but to win, he/she must show that the manufacturer could have used an alternative design that would have prevented the injury, which obviously is both difficult and expensive to do. In addition, the person suing must also show that the park owner failed to use reasonable care when deciding to have the ride at all.

Another hurdle is that a court may find that a person assumed the risk in using the ride, and that it is unrealistic to expect manufacturers to take all sorts of precautions to make a ride 100% safe.

Premises liability: Property owners must exercise reasonable care in the construction, management and maintenance of all grounds and facilities. Failure to do so will make the owner liable for injuries suffered by people invited onto the property for business purposes, such as a park visitor. Even open and obvious dangers may result in liability.

Wrongful death: This is a death due to the careless, reckless or negligent act of another. Recent cases where an amusement park caused the death of a visitor have resulted in more than $1 million in settlements and damages.

All the pieces of information provided on this website are for the sole purpose of providing you information related to legal proceedings. We do not intend to be considered as a legitimate authority of the same.